As the grid gravitates towards its low carbon future, electrical devices that connect to it must be tested under conditions they are likely to experience. Accurately simulating these environments is vital to ensure a seamless integration of new technologies into existing infrastructure.

Test systems from ETPS will continue to match evolving research requirements. Our wide selection of AC and DC products can create almost any conceivable power condition. Usage patterns can be programmed to analyse the impact of different demand scenarios on grid stability.

Using real batteries to test battery powered equipment can be unreliable and time consuming. To compare experiments like for like, control variables such as state of charge and temperature need to be conditioned and accurately measured before testing. Battery chemistry is also likely to degrade over time, making results inconsistent.

With an emulator this isn't a problem, as they replicate real world behaviour of batteries. Hard to reproduce operational states are programmable. Automated test procedures can be run at the push of a button. This saves a large amount of time for engineering teams who operate on standard Monday to Friday weeks. Savings can be equivalent to weeks or months for long term tests.

For simple battery simulation, DC power supplies such as the LAB-SMP and LAB-HP have a constant power mode. This replicates the standard discharge curve of a battery pack. An adjustable resistance mode is also provided.

Advanced software is available for G5-RSS, LAB-GSS and CON-DSS modules to emulate different sized battery packs. Nearly all relevant electrical characteristics are programmable, including the number of cells in series/parallel, state of charge, energy capacity, cut off limits, chemistry type and nominal voltage.

Another GUI is available for the G5-RSS, LAB-GSS and CON-DSS which simulates the behaviour of common capacitors, such as supercapacitors. Transient characteristics of the capacitor, number of cells in series/parallel, resistance and state of charge can all be accurately simulated.

To replicate real world conditions, you may need to simultaneously charge and discharge an energy storage device. The best solution is often to use a separate power supply and load. Starting at a few hundred watts for both DC sinks and sources, we can supply products into the megawatt range. Voltages up to 3000V are possible for charging/discharging, with high currents available.

To conduct advanced tests, BatControl software is available for bidirectional G5-RSS, LAB-GSS and CON-DSS modules. The GUI allows both preset and user defined cycling tests to be performed on battery packs and capacitors. A variety of performance issues can be investigated including lifetime tests, system degradation analysis as well as shot and burst overload tests.

Bidirectional LAB-MOBI and LAB-SCUBI systems can be built with a dedicated battery cycling mode, to test high power energy storage devices. An extra level of capacitance is provided for test routines which require the fastest possible dynamics. Systems into the megawatt range are possible.

The LAB-MOBI is available with up to four independently controllable channels. Energy can be recycled between channels above the unit's nominal power. For example, a four channel 500kW system can sink up to 1MW from a battery pack in the first channel, and use the energy directly in the second. The unit's remaining 500kW capability can still be used in the other two channels to and from the grid.

A smart grid is an integrated set of intelligent systems which actively manage the supply and demand of an electrical grid. It may include smart meters/appliances, renewable generators and energy storage systems amongst other components. One of its main aims is to reduce peak demand and cost per kWh, whilst increasing stability and resilience.

Programmable AC sources allow users to investigate how changes to the mains voltage affect a power system's behaviour. Common conditions such as voltage dips, short interruptions and voltage variation immunity tests can be recreated. Both single phase and three phase models are available. High power EAC-TAVS and EAC-TABI models are possible as uni or bidirectional variants.

Most modern grid networks have load management systems to balance electricity supply. The most common of which is ripple control, which shuts down and re-enables a receiving device via high frequency signals. Both the EAC-S and EAC-3S can superimpose these high frequency signals onto standard 50-60Hz grid signals, ensuring devices operate as expected.

When more complex testing is required, the four quadrant EAC-ACS-4Q grid emulator is recommended. Each of the unit's three phases are independently programmable as either a source or sink. By using each phase as an AC source, the balancing of a smart grid to meet demand can be accurately simulated.

An optional GridSim GUI for the EAC-ACS-4Q has feed-in regulations pre-installed. This ensures any device which generates energy to the mains is compliant to CENELEC, DIN and IEC standards. Many specific grid conditions can be recreated such as load balancing, brownouts and voltage spikes.

Converting solar energy into useable electricity is not a straight forward process. As the amount of sunlight varies, the load characteristic that gives the highest power efficiency also changes. A maximum power point tracker (MPPT) is used to solve the problem, as it converts voltage produced to the correct level for a connected battery or inverter.

Dedicated photovoltaic simulators can be provided for replicating the input of solar panels. DC sources such as the LAB-SMP and LAB-HP have a standard PV mode, which allows a generator's MPPT to be simulated in both current and voltage modes.

More advanced SASControl software is also available for G5-SOURCE and LAB-TC systems, which has all EN 50530 tests pre-installed. The GUI allows users to edit irradiance, temperature and amplitude values. Previous tests have been conducted using over 400,000 individual data points, allowing detailed simulation over the course of a day.

Most fuel cells operate as unidirectional power sources. Therefore, lab equipment is either used to simulate them to test fuel cell powered components, or to test the output of a fuel cell.

As fuel cells often produce fast and steep load changes within fractions of a second, it is important to use a power supply with fast response times during simulation. The G5-SOURCE can perform load steps between 10%-90% in microseconds. The unit's embedded function generator can program discharge profiles for a specific fuel cell.

DC loads can be used to test discharge patterns. The electronic load replaces power consuming components, such as an electric drive, emulating user discharge behaviour. The G5-REGEN and ELP-GXS recycle sink energy back to the local grid. This allows companies to use the energy produced from their own fuel cells during testing to power other on-site equipment.

For applications that demand the fastest possible dynamics, a selection of traditional heat dissipative DC loads are available. Sink powers up to 480kW can be achieved when combining ELP-34205 or ELP-34305 models in parallel.

With an increasing focus on cutting carbon emissions, many renewables and batteries are being connected to the grid. These generate DC power, which needs converting to grid AC and back to DC again for end use. The conversion process creates energy losses and adds complexity to the grid.

One solution is to create complete sections of a DC grid. Many research groups are building demonstrators to analyse the impact this would have on stability. Our programmable DC test systems can be used to create specific DC line conditions. This allows optimum ways to connect different energy storage and renewables to be researched.

Each bidirectional CON-DSS can be reconfigured or broken up into smaller systems to fit specific research requirements. The modular DC-DC converter features an adjustable input/output on the low voltage side. Current and voltage slopes can be set and protection levels tweaked. This helps ensure the system is optimised for a particular application.

A potential side effect of charger circuits that contain both AC and DC components is electrical noise. The ripple causes unwanted fluctuations in battery temperature, which results in deterioration of the battery's performance.

All three output phases of the EAC-ACS-4Q are individually programmable. This means that up to three separate AC or DC power supplies or loads can be provided from the same unit. Variables programmable per phase include voltage and current limits, frequency, phase angle and superimposed harmonics.

A battery management system (BMS) regulates various parameters of a battery. Common functions include monitoring cell voltage, state of change, charge/discharge current and temperature. Thus protecting the battery from operating outside its safe area and minimising risk of damage.

Before a battery can be connected to a BMS, they must both be characterised to ensure compatibility. Once this process has been completed, the two devices can be safely combined to form a finished product.

When researching second life battery packs, WMG at the University of Warwick needed a DC-DC power system to help convert their goals into reality. Read more

When the Team Bath Racing Electric team approached ETPS, they needed a battery test solution to stay at the front of the pack. Read more

When researching grid technology, The University of Aberdeen needed a DC source to help convert their aims into outcomes. Read more 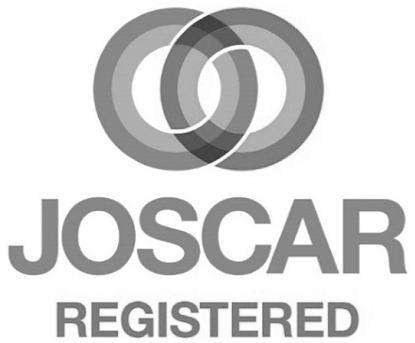