The Técnico Solar Boat team were buoyed on by a programmable power supply from ETPS, meaning they didn’t have to splash out on an inadequate charging system.

The student team are flying the flag for the Instituto Superior Técnico, Portugal’s leading engineering institution. They designed a new solar powered boat to keep their dreams afloat.

As with any electric boat, the energy storage device is the single most important component. A LAB-DSP power supply was provided to the team as a battery charger, while lab development work was taking place and the solar panels couldn’t be used. 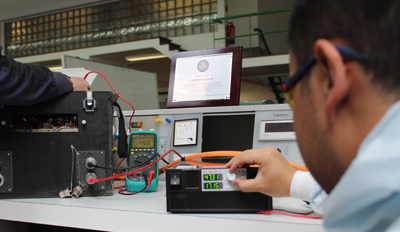 Basile Belime, Head of Electrical Systems, remarked: “The most important feature about this power supply is the current limiting capability. Many power supplies deliver an output of a certain voltage but do not limit the current, so if the voltage is set too high for the load it will simply blow its internal fuse.”

Besides using the power supply as a charger, the versatile nature of the LAB-DSP allows the team to test many other prototype devices.

Belime added: “The current limiting feature is also very useful for when we are trailing any prototype electrical devices for the boat. This combined with the programmability of the unit, means we can use one system to test virtually any device”.

The current limiting feature is very useful. This combined with the programmability of the unit means we can use one system to test virtually any device.

Belime also remarked: “Another great feature is the data logging. Being able to save the voltage and current values during a full charge of the battery allows to quickly calculate how much energy has been put into the battery”.

As the team would operate the power supply in an environment with salt moisture in the atmosphere, ETPS providing the LAB-DSP with extra coating for the unit’s boards against the high humidity (5 layers for PCBs close to the fan and 3 layers for the rest of PCBs).

Many DC power supplies from ETPS are available with modifications which allow them to be operated in marine environments. Previous projects range from supplying highly ruggedised units for powering sonar applications, to PSUs for cathodic protection systems. 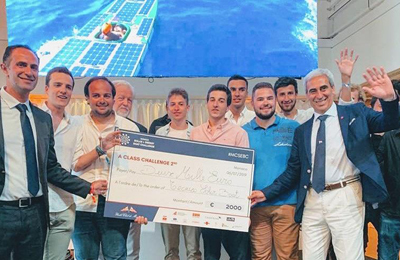 Prior to the upcoming season, the team had raced previous boats in international competitions such as the Netherlands and Monaco Solar & Electric Boat Challenge.

The multi-disciplined nature of creating a working solar powered boat for such competitions naturally requires crossover between many different strands of engineering. This gives the students the chance to broaden their knowledge base.

The project also provides a fun and memorable way to put the theory gained on their degree course into practice.

This type of real world experience is often expected by many modern employers, so the project dramatically increases employability for all team members.

Being able to save the voltage and current values during a full charge of the battery allows to quickly calculate how much energy has been put into the battery. 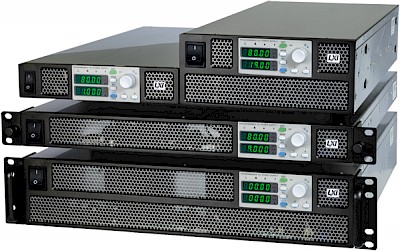 The LAB-DSP is a series of programmable power supplies which operate in constant current or constant voltage mode. As standard each unit is built with front panel control and display, 0 - 5VDC analogue (not isolated) and RS-485 interfaces are also provided as standard.

These units can be operated in master/slave. This is done via the front panel of each power supply, by simply selecting which unit is a master and which one is a slave.

The master/slave control is done via analogue signal. To simplify the set up there’s the option of a little socket board to connect the analogue interface together.

Over voltage and current levels can be user set to avoid damage to sensitive loads. Voltage ramp up and down times are also adjustable.

Many different nominal voltage and current models are available at multiple power levels. Units with high resolution 5 digit displays are available throughout the range.

ETPS provide one of the most comprehensive selections of DC sources on the market. Outputs start at 750W up to 3MW, allowing virtually any power, voltage or current requirement to be met.

If you’d like to discuss how a programmable power system could buoy on your testing, then please contact ETPS today. 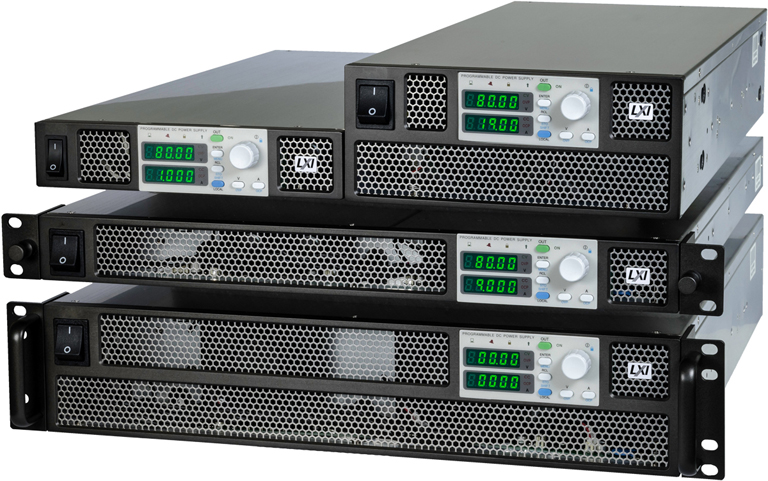 The rackmounting LAB-DSP product family has 45 models covering a range of voltages and current. Outputs are available at 750W, 1500W and 3000W. Constant voltage and constant current mode are provided. OVP and OCP levels are adjustable.

Choosing a power supply for a sonar, onboard or onshore system is a very important decision. We design specialist variants that have been ruggedised for these applications, helping you test against shock, vibration and harsh environmental conditions such as humidity. Read more